The Creepy Crawler Bike Pub Crawl is now in the books, but we’ve got some great pictures to show you. Nearly 75 costumed Creepy Crawlers set out on foot, by bike and by limo bus to explore several Main street Clarence Establishments.

The secret twist to the night took place after the last official stop, as crawlers set out in the dark and onto a “Haunted Path” that led them away from Main Street and into the woods, their way lit with road flares that led them like breadcrumbs.

To the Crawlers surprise, they didn’t end up at host location Penny Lane Café (10255 Main Street) for the after party. Rather, they found themselves in a clearing, surrounded by colored led lights illuminating the woods. The light display, put on by Night Lights founder and regular Discover Main Street contributor Doug Sitler, turned the area into a stage. Zombie performance artists from Penny Lane Café haunted with woods, while crawlers enjoyed a break and freshly grilled Sahlen’s hot dogs. It was a magical moment that Crawl participants thoroughly enjoyed.

The rolling party then returned to Penny Lane for dinner and dancing with DJ Milk.

The costumes were every bit as good as organizers predicted. After a close finish, “stick figure guy” beat out two teams, Adams Family and Clark Kent & Wonder Woman, to claim the prize, a night’s stay in a whirlpool spa suite at the Sleep Inn & Suites.

The Creepy Crawler was made possible by support from the Clarence Hollow Association, Emerling Insurance and Financial Services -EMS Group, The Great Pumpkin Farm and Tom’s Pro Bike.

Here’s a look at some of the fun in pictures: 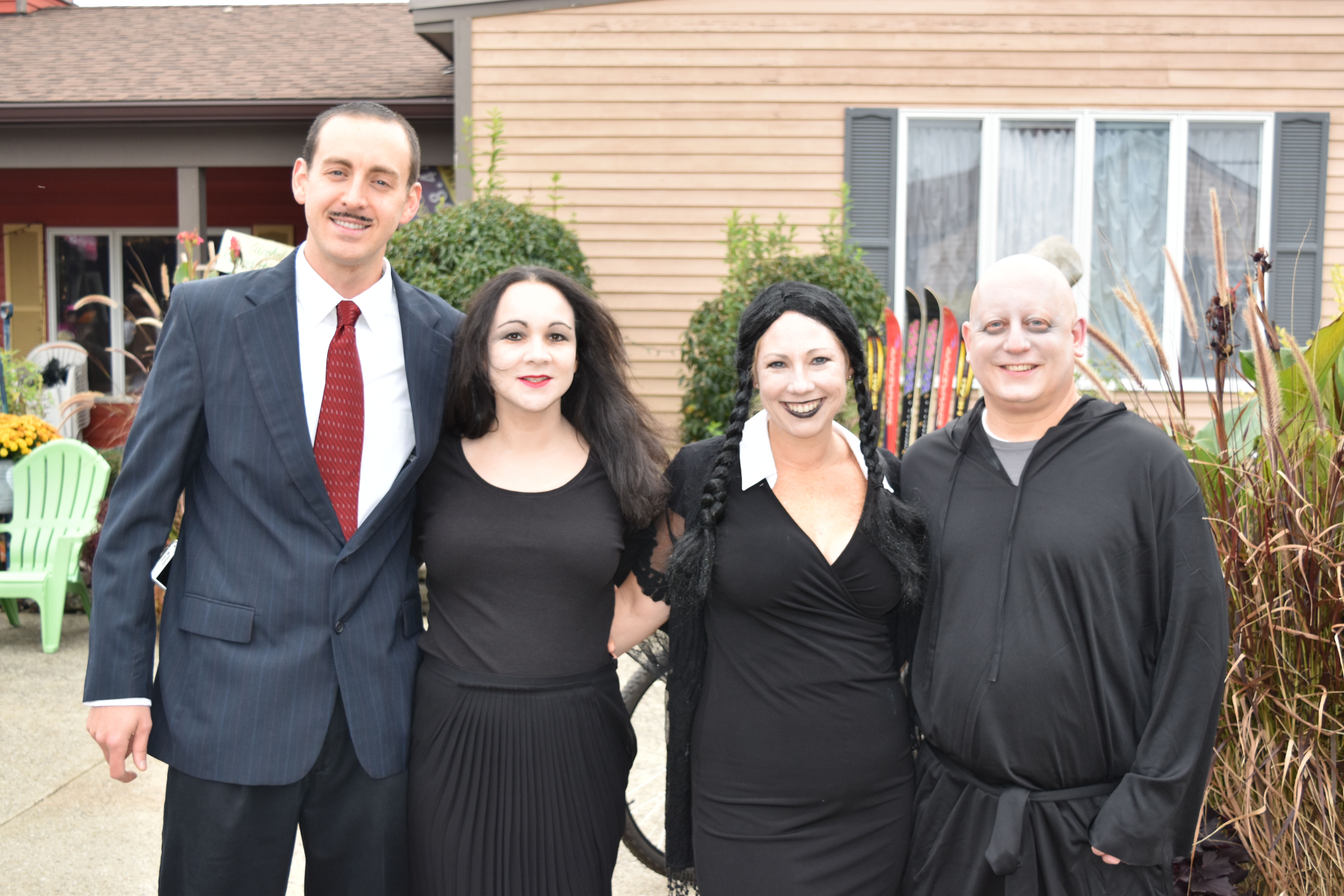 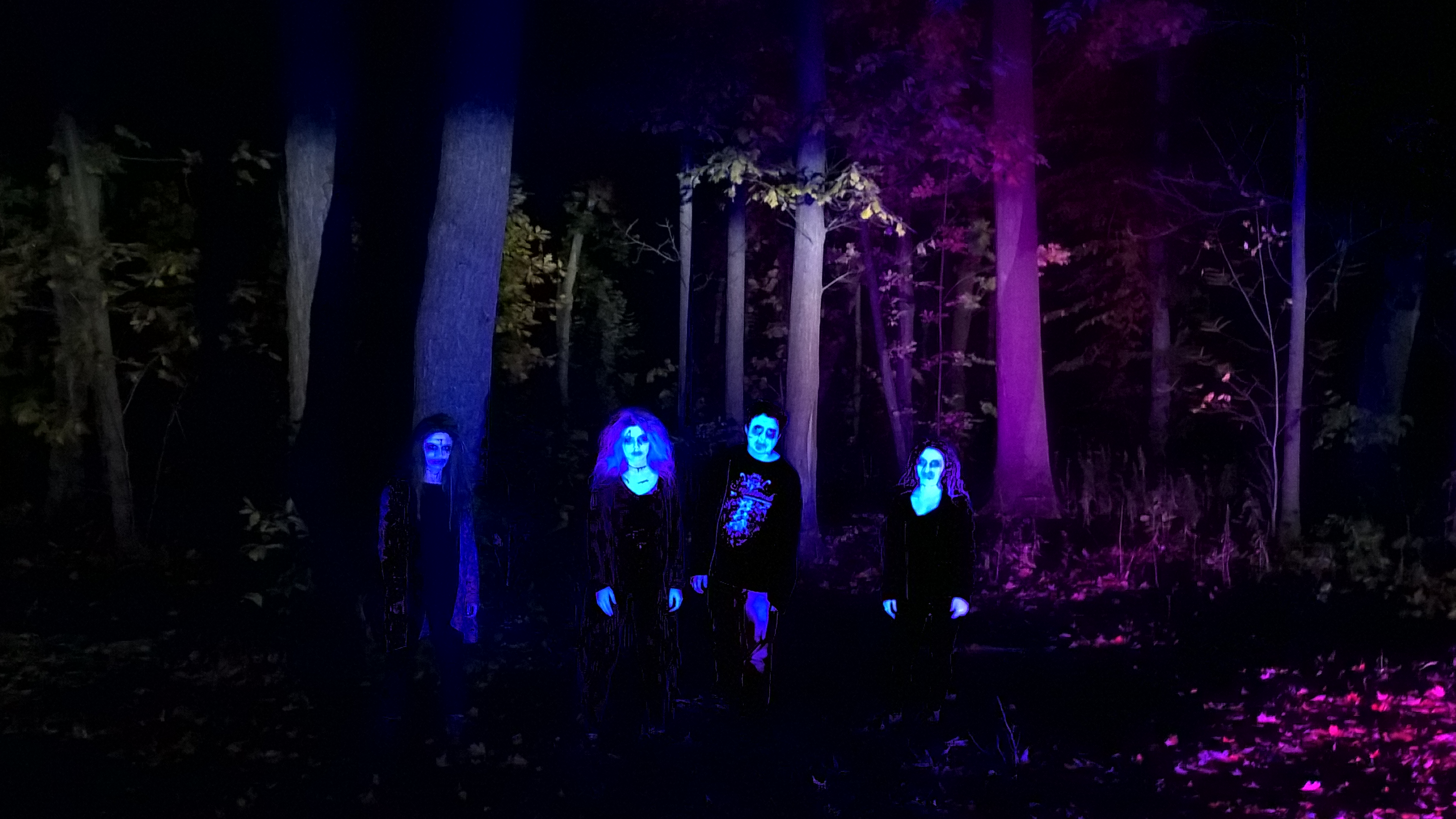 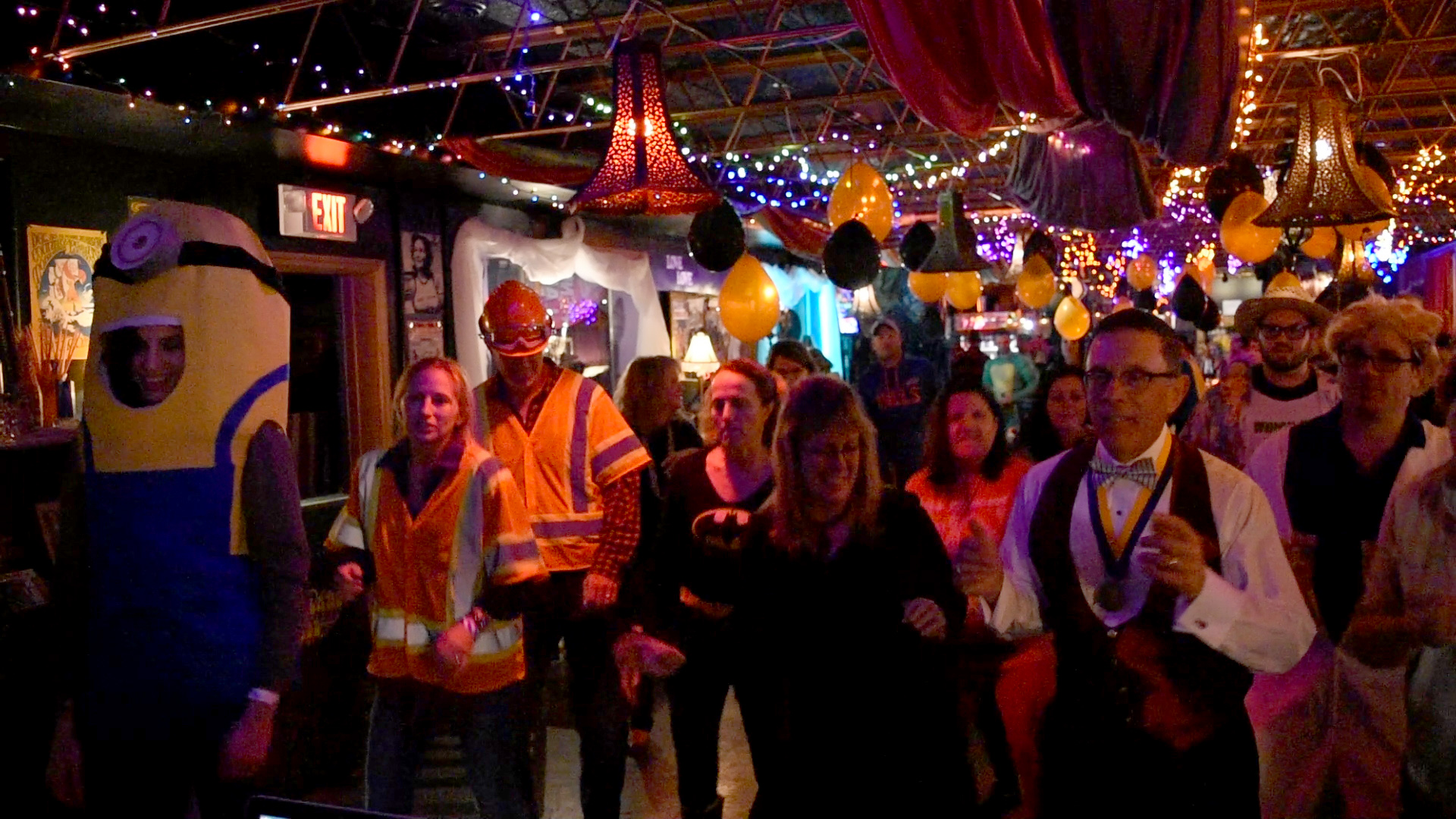