The sun was shining in Harris Hill this afternoon as the first Connecting Clarence Street Festival got underway.

A steady crowd came through the winding, tree-lined  passage of Nottingham Terrace to eat, drink, shop, play and listen to music. And there was plenty for kids to do as well, including business. Several stands were set up by young entrepreneurs of Kid Biz, a program of the Clarence Youth Bureau.

A demonstration pickleball court set up by Pickleball Ambassador Barb Westermeier and her friends assisted attendees with hands-on instructions in the game in front of a crowd of onlookers.

Although a rain shower dampened the final hour of the event, a happy, enthusiastic crowd remained and the mood was upbeat and optimistic. More than one person was talking about Nottingham Terrace itself as a location for community events on a more regular basis.

With a more walkable, bike-able Main Street, this idea makes a lot of sense.

All in all, it was a great day for Harris Hill, which is slated to be one of three key anchors along Main Street with the successful adoption of the Vision Main Street plan funded by the Clarence Industrial Development Agency and the Town of Clarence is set to adopt.

The plan includes road changes including bike lanes along the full distance of Main Street in the Town, but also further improvements in Harris Hill including trees and re-greening of the public space. As part of the event, a group of volunteers led by bicycle advocate Melany Arrison used temporary paint to mark out bike lanes, crosswalks and other elements of the Vision Main Street plan.

And one booth that certainly was busy was the one manned by officials from the Town and the Clarence Industrial Development Agency, as residents were eager to find out details about the Vision Main Street plan that the Town of Clarence is set to adopt.

By the time the sun went down, it was clear that the Connecting Clarence Street Festival left attendees seeing Harris Hill in a new light. 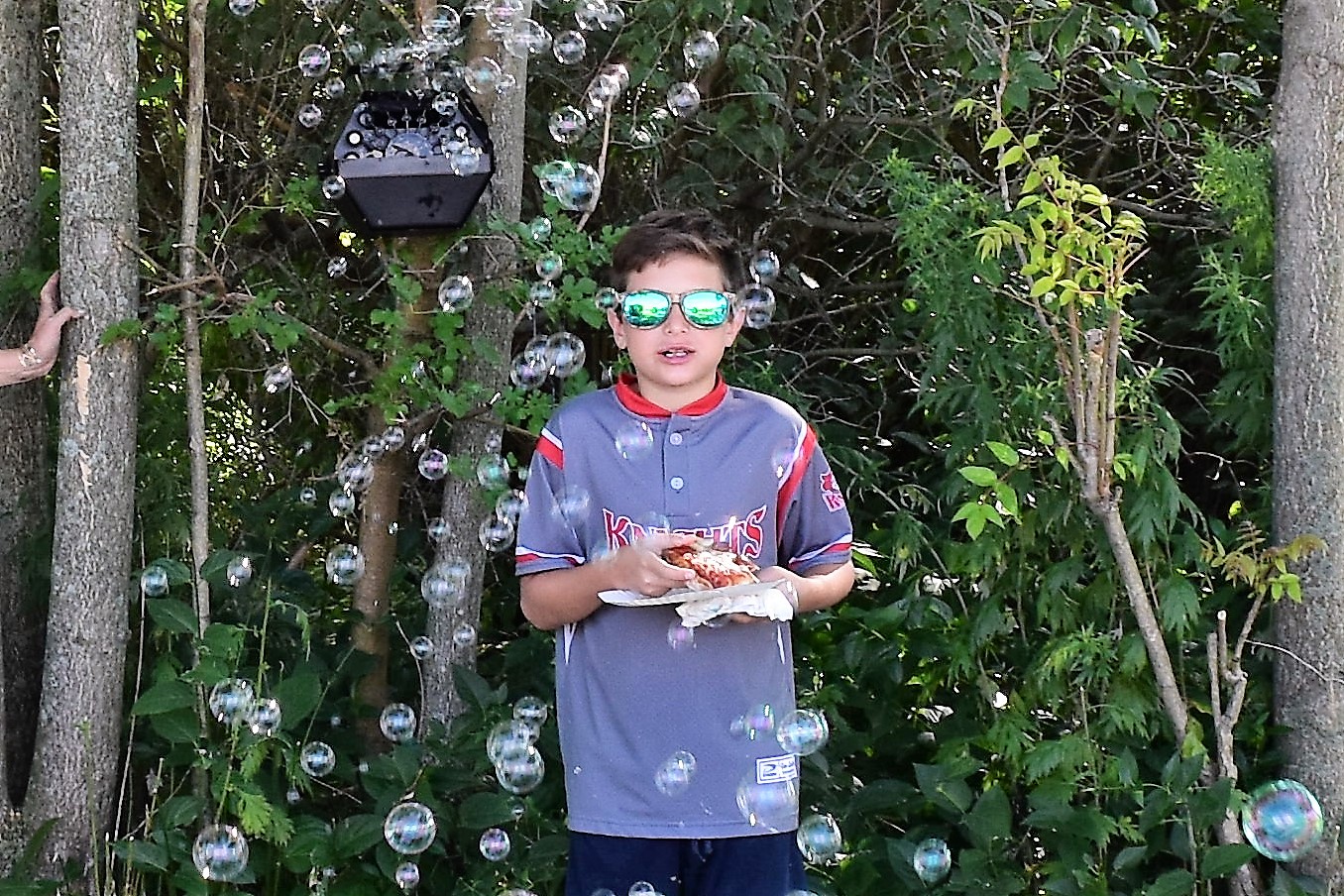