Oinktoberfest BBQ Cookoff is Next Weekend

The days are a bit shorter, and the nights a bit cooler. Despite the beautiful weather, Fall is making it’s way to Western New York. Which means the tangy smell of BBQ almost upon us. That’s right – Oinktoberfest is next weekend, and this year Oinktoberfest is H-O-T.

H-O-T as in Heart-Of-Texas. The King State of the barbeque scene is the theme of this year’s Oinktoberfest BBQ cookoff, opening Friday Sept 22nd at running through Sunday the 24th on the grounds of the Great Pumpkin Farm at 11163 Main Street in Clarence. Oinktoberfest bills itself as longest continuously running BBQ competition in NY, and they take their barbeque seriously. Competitors from far and wide travel to Main Street in Clarence for this Kansas City Barbeque Society (KCBS) sanctioned event. There’s also points on the line for the Empire State Barbeque Championship. While outdoor cooking is the centerpiece of Oinktoberfest, you don’t have to be a competitor to enjoy the event. Oinktoberfest is a festival of “BBQ, Beer, Music and Fun,” with plenty to eat and drink and three days of live music. 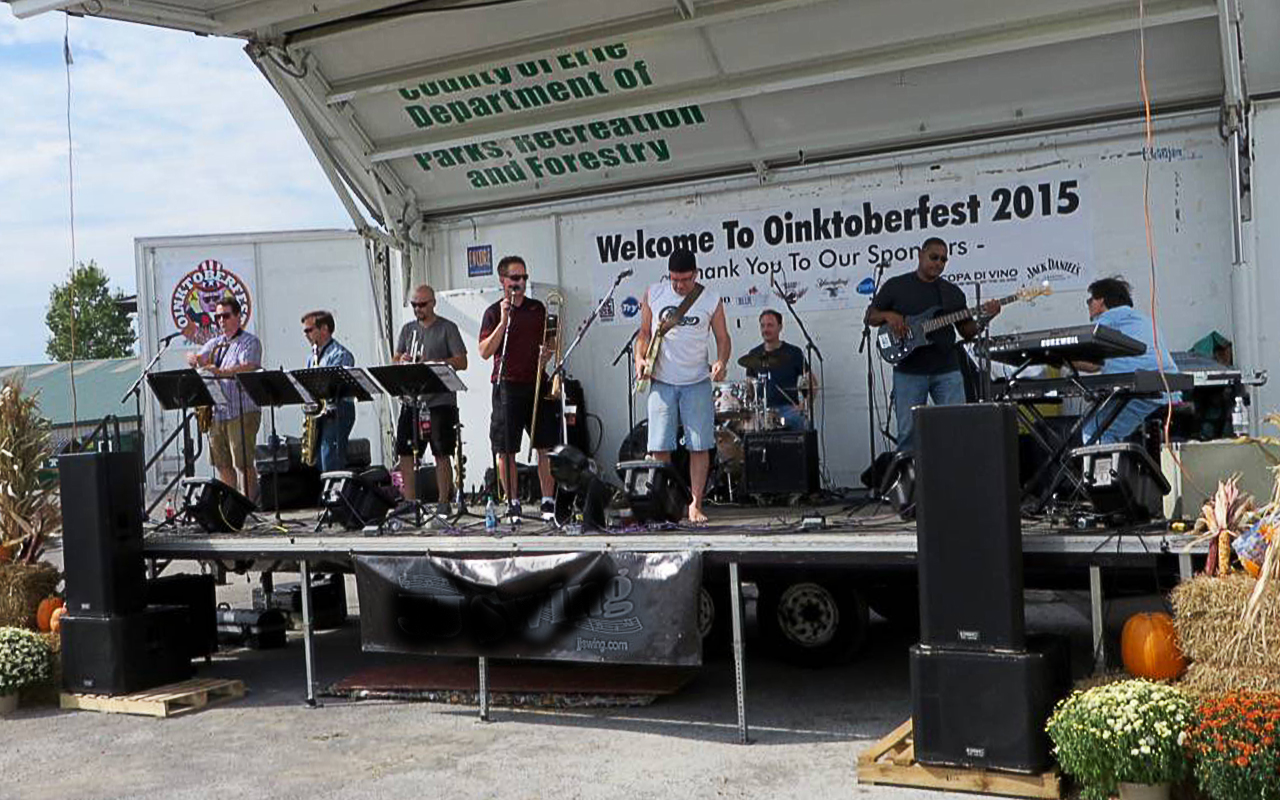 Admission is free on Friday night. Gates open at 5pm, with music by Miller and the Other Sinners from 6-9pm.

Saturday and Sunday the competition begins. Admission is $7, which includes Oinktoberfest and access to the Great Pumpkin Farm. Discounted tickets are available at all Wegman’s locations. Here’s a look at the weekend schedule:

More information about Oinktoberfest can be found here.

One response to “Oinktoberfest BBQ Cookoff is Next Weekend”