2017 is coming to a close, but not without some significant good news for the Main Street Clarence Business district. The Town of Clarence adopted the Vision: Main Street plan, which envisions significant zoning changes and planned improvements to the roadway, including sidewalks and nearly seven miles of bike lanes stretching down Main Street from one end of the Town to another.

While it’s up to the Town to deliver on these improvements, a half-dozen private ventures underway in 2017 are signaling that Main Street is quickly becoming a hot commodity. Here’s a look at six symbols of a Main Street that’s on the way up:

Harris Hill is getting its mojo back.

First it was the Street Festival that closed off Nottingham Terrace in August. Now, it’s the news earlier this month that the long-awaited deal to bring Bar Bills to Clarence had closed, with the tavern to be located at the former Old Red Mill (8326 Main Street). 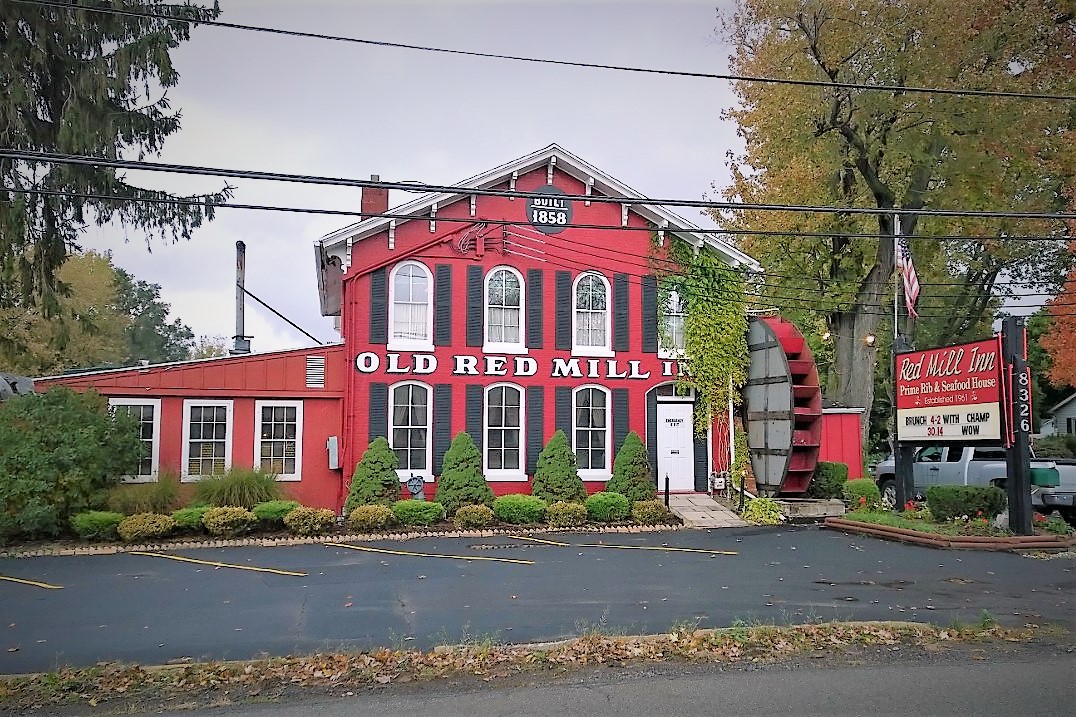 Bar Bills Tavern is a well-known destination in East Aurora, and has recently begun shipping it’s signature wings and beef online. Their expansion north into Clarence is a natural one, and their well-financed operation ensures that the historic red mill (and Harris Hill will be preserved and once again be a destination all on its own.

Extensive rehab is planned for 2018 prior to opening.

Central Main Street is up-and-coming itself.

In mid-August, a key Main Street location marked another milestone for change with the demolition of the former Fountain Court Motel at 9560 Main Street, across from the Clarence High School. The work was a preliminary action in anticipation of the new Main Center of Clarence, a mixed-use luxury apartment, restaurant and boutique retail center that subsequently received its final developmental plan approval from the Town Board in November.

Construction is set to begin in early 2018.

Not to be outdone, the Clarence Hollow is making some noise with the expansion of the Penny Lane Café (10255 Main Street), which has completed its metamorphosis from a coffee shop into a full-fledged concert venue with the addition of the “Back of the Bus,” the first full-fledged stage the location has had.

The expanded venue opened in August, adding a stage, lighting package, expanded seating and a dance floor. More stage improvements are planned, and the Penny Lane is worthy of your notice and support. As we noted in the piece we ran at the time, the entire establishment is a giant work of Anne Valby’s art, and the wonderfully over-the-top Penny Lane has quickly become a signature venue in town.

Across the street, work was completed at AJ’s Bar & Grill (10250 Main Street), which opened its doors at the end of August. Alfonso Torlati acquired the former Clarence Grille, completed extensive renovations and is serving up a great-tasting tavern menu.

5. Brickhall In The Hollow Opens

The Clarence Hollow’s newest venue is Brickhall In The Hollow, at 10750 Main Street.

Brickhall is the brainchild of owners Kathy and Dave DeRose. Transforming the 19th-century structure that formerly housed the Clarence Presbyterian Church into a high-end event venue was no mean feat, and the Brickhall renovation was true to the building’s historical elements. The project was showcased at a December 14th Grand Opening.

After a series of unexpected snags forced West Shore Brewing Company to abandon their originally-planned location, Craft Brewmaster Joshua Dziomba instead opened up the road at 10995 Main Street, adjacent to Antique World. Despite the delays and added expense, West Shore is Clarence Main Street’s first craft brewery and is quickly gaining a following both inside and outside of Clarence.

One response to “Six Symbols of A Main Street Rising”